We have 220 guests and no members online 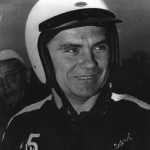 Champion is the only word to describe Nelson "Nellie" Ward. Nellie possessed that relentless drive that makes a champion. He was a likeable guy and those who knew him loved him. He was one who makes the world of racing an interesting one for the fans. With Nellie, racing was more than just a hobby, it was one of the biggest parts of his life, and there is consolation in the thought that he died doing what he loved.
A native of Battle Creek, Michigan, Nellie began racing in 1952, and won his first track championship in 1954, at Galesburg Speedway. Since that time he has won 135 features. In 1963 alone he won 12 features, 30 races, 5 fast times, and set 3 new track records. August 23, 1963, marked the end of a long trail of championships for Nellie. An overflow crowd attending Owego Shangri-La Speedway witnessed the tragedy. After finishing second in his heat, started in ninth spot in the second semi event. At the end of six laps, he was running sixth when his throttle struck wide-open going into the first turn. "A great sport has lost a great sportsman." (1931 - 1963) 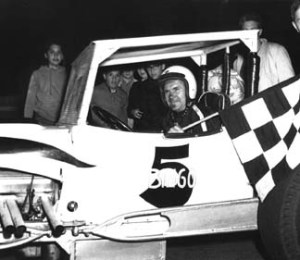