We have 973 guests and no members online 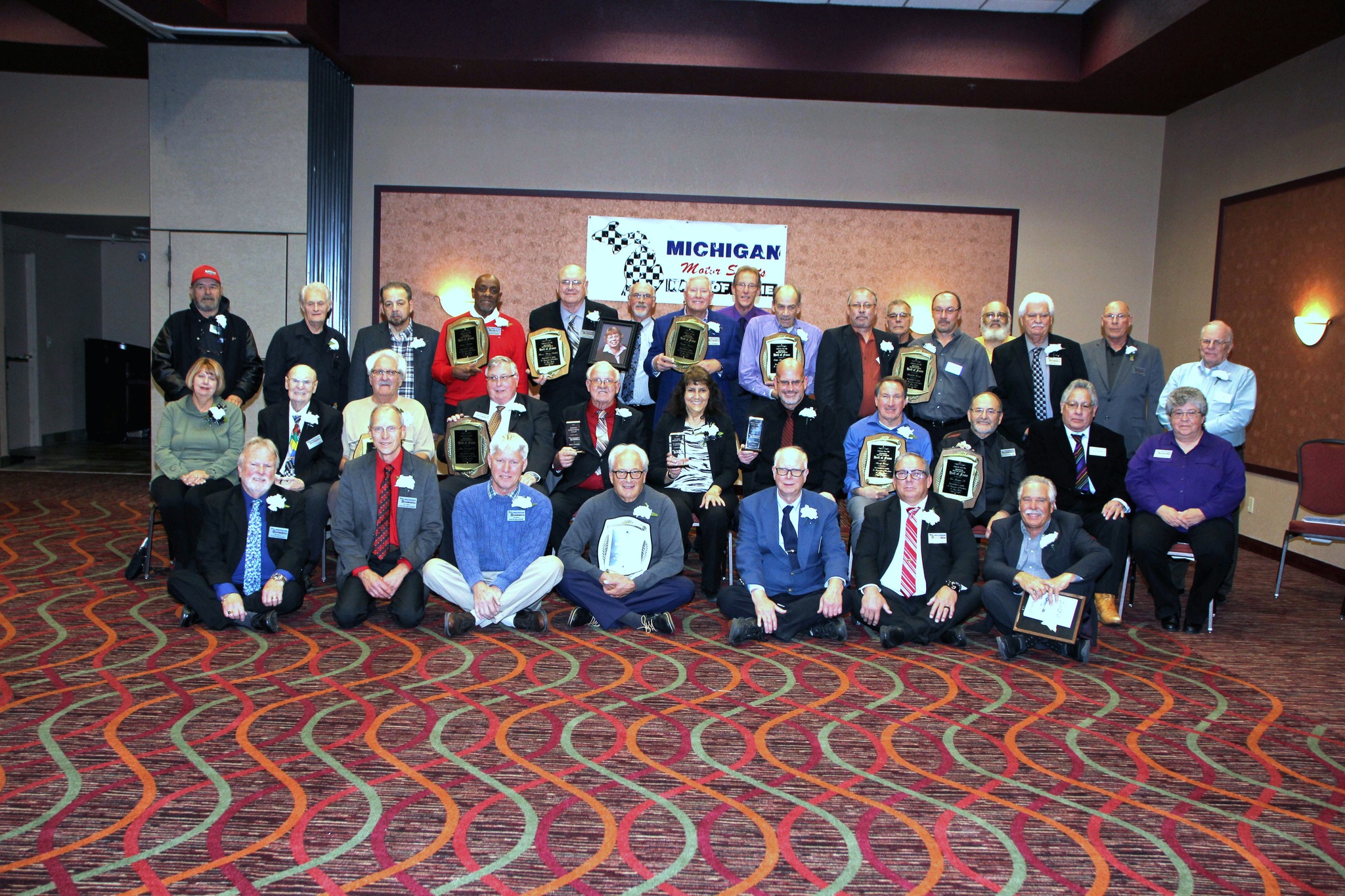 The Board of Directors met on June 15, 2022 to tally the votes of the past inductees and past and present Board Members to determine the inductees to the Class of 2022 for the Michigan Motor Sports Hall of Fame (MMSHoF). The next meeting to September 7, 2022. Meeting is at Buddies Grill in Holt at the intersection of Holt Rd. and Aurelius Rd. The public is welcome to attend and observe with the meeting starting at 6:45 PM.
Representing those members in the “Other than Driver” category are the following four people: Famed car builder and owner/founder of Finish Line Fabricating (FLF), Tim Curry. FLF cars have won prestigious events all over the country with a variety of the best short track drivers anywhere.
Joining Tim are Promoters Tom Sprague Sr. and John Turnbull Sr. Sprague, a former late model standout turned promoter owned and promoted the Winston Motor Speedway for many years before turning his attention to the Thunderbird Raceway which had been shuttered for a period of time. Sprague turned both facilities into two of the top racing destinations of West Michigan. In addition he has served the MSPA as an officer for many years and received Promoter of the Year honors from both the Michigan Auto Racing Fan Club and the MSPA.
Turnbull started out with a vision in 1994 to see Legends Car Racing come to the state of Michigan so He bought ten Legends Cars from 600 racing in North Carolina and set out to start a new series. After selling 20 cars and conducting test drive sessions and driver schools, the series first race was in 1995 at the Auto City Speedway. While John no longer owns the series that was founded in 1994 He put on over 350 races with over 1000 different drivers at 29 different venues. At the time that he sold the series, Michigan Legends Cars was the oldest dealership and series in the country.
Rounding out the other than Driver category are Steve and the Late Sherry Landon. Together they published the Winning Edge Magazine. A magazine that serves both the Snowmobile Racing and Vintage Snowmobile Communities. Together they have published the annual MMSHoF induction ceremony program and are past recipients of the Mick Schuler/MMSHoF Media Award. Sherry passed away in May of 2021 but Steve soldiered on to continue all that the two have accomplished as a team and will do so into the future. 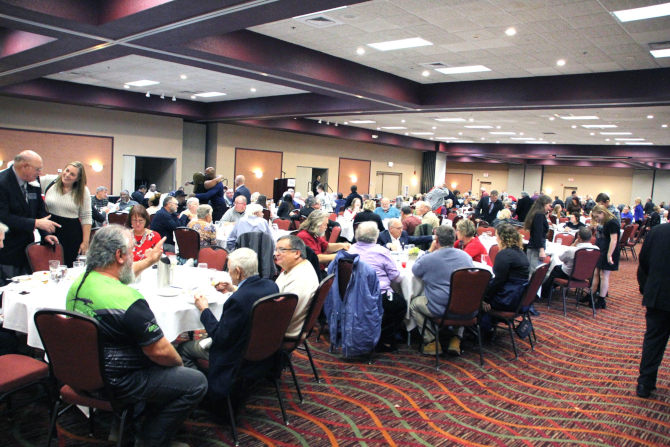 Representing the “Drag Racing” category are two fine additions as the Austin Brothers racing team and the Tignanelli Family/Shadowoods Racing both enter into the Hall. Art and the late Willie Austin represented the stocker type cars in Drag Racing and the state of Michigan by virtue of their multiple NHRA Division Titles against some very stout competition over the years.
The Tignanelli Family of Father Robert and sons Tom and Jim have been campaigning racers since the 1930’s with Robert driving midgets at many local tracks in the early days. The 1960’s saw the family really take off with Tom being a part of the Chrysler Performance division which gave many opportunities to drive some really great cars. The team is well known for their string of Funny Cars with the name of UFO and their race shop Shadowoods Racing in Roseville, Mi.
Representing the “Other Motorsports” category is multiple championship winning and Trans Am team owner/driver Douglas Petersen. Doug has many championships as he rose through the various divisions and types of cars before settling into Trans Am TA2 where he has won 2 titles as a driver and 2 more titles as team owner.
Representing the “Oval Track Historical Era” for drivers who started their careers at least fifty years ago are “Fast Eddie” Hayden Sr. the patriarch of the racing Hayden family. Eddie leads the charge with over 141 Feature race wins over his long career in a variety of equipment and divisions.
The Late Mel Householder had a 43 year career on the oval tracks with several championships and also was the owner of Rat Tech Engineering which built race winning engines for Mel and many of his competitors.
In the “Oval Track Modern Era” for drivers who started their careers at least 25 years ago are Reinbold Racing. With Jay as the driver and Kirk as the Crew Chief, the duo has amassed 9 track championships at 5 different venues along with 96 feature wins at 11 different venues. The duo have held numerous track records and fast times at a variety of different race tracks. In addition, Kirk has been a past recipient of the MARFC Mechanic of the Year Award.
Sprint Car ace Randy Varney is the final addition to the Class of 2022. Randy has been specializing in Dirt Sprint Cars since 1981 with his first of many victories coming in 1983 at a Sprints on Dirt race. With over 40 more wins in the Sprint Cars at a variety of different tracks all over the state of Michigan.
In addition, The MMSHoF Board of Directors has selected both Dick Alberts and Dick Stemler to receive the Hall of Fames highest award, The Lifetime Dedication Award in honor of both of these two men’s long and successful careers.
The Mick Schuler/MMSHoF Media Award named in honor of the famed announcer and 2000 MMSHoF Inductee Mick Schuler is being presented to Matt Prieur. Matt has been announcing at various different tracks in Michigan and has taken the show on the road with many of the various traveling series and has been working with the Performance Racing Network to establish himself as a future regular on the popular race broadcasting network.
The Dick Beebe Memorial Award for behind the scenes contributions to racing is going to Laura Tucker. Tucker was raised in a racing family as her father Norm Tucker was a leading driver at the famed Mt. Clemens Race Track. Over the years, Tucker has been a leading scorer for a variety of tracks and organizations and has served as an official for the CRA/Jegs series as well as being one of the founders of the Midwest Indoor Racing Series and a Promoter of the Dirt Cup Challenge. Tucker spent many years on the Board of Directors of the Michigan Auto Racing Fan Club as well as currently serving as the Secretary of the MMSHoF.
The induction ceremony for the Class of 2022 is scheduled for November 6, 2022 in Mt. Pleasant with details regarding ticket sales and availability being released in early August.