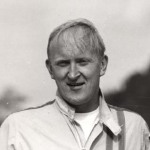 Ed VanderLaan raced a variety of cars, from stock cars to open wheel cars for 21 years. He drove super modifieds, late Models, and sprint cars from 1953 to 1974.
During his career, Ed competed at several area tracks including Berlin Raceway, Kalamazoo Speedway, the Grand Rapids Speedrome, and Owosso Speedway. He also raced at tracks throughout the Midwest including Winchester Speedway (IN), Oswego Speedway (NY), and Knoxville Raceway (IA). 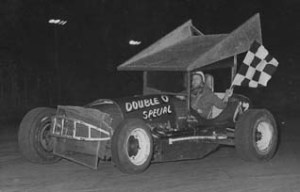 Ed’s achievements were numerous. He won the Rookie of the Year honors at Berlin in 1953 before capturing a season championship at the track in 1962. He also won a track title at Hartford Speedway in 1972. In addition, Ed set a world record by becoming the first Late Model driver to break the 100 mph barrier on the 1/2-mile high-banked oval at Winchester Speedway in 1972.
He also finished a respectable fifth in the prestigious Knoxville Nationals in Iowa back in 1963.
Ed was a likeable driver with many stories to tell. His family was his first priority. During the years he overcame many obstacles to keep racing.
Although his health declined he continued to stay involved in racing through his nephew, Bruce and his daughter Sheryl. There were many times that Ed would take a road trip with me and Sheryl to watch Bruce compete.
Eddie was born April 7, 1933. He died Noveber 24, 1991 at the age of 58.  (1933 - 1991) 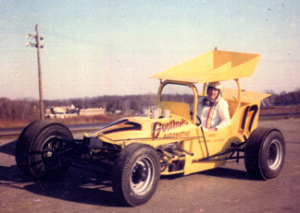