We have 977 guests and no members online 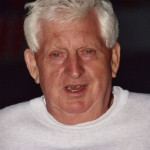 Ralph started his career in 1949 at the Allegan Fairgrounds. During his career he amassed about 150 feature wins.
Over his forty plus years of competition, Ralph has driven almost every type of oval track race car imaginable. From the jalopies, to the cut down super modifieds, to sprint cars, to full bodied late models. He was a regular competitor in the USAC Late Model class in the '60's getting a number of top ten finishes. 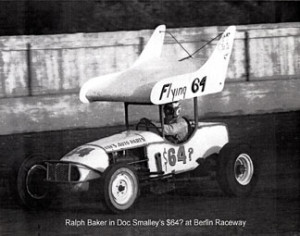 He has been a driver, car owner, mechanic, and has been involved with the Dwarf Cars. His wife Betty and their eight children are enthusiastic supporters of Ralph's career.
Ralph wasn't known for chasing points and his only track championship came in 1981 when he won the title at the Ionia Fairgrounds Speedway piloting a Cadillac bodied late model. He was better known for traveling the Midwest states in search of the larger purse events. He has raced at about 50 different tracks in his career.
Ralph Baker is one of the true 'crown princes' of the sport. He is good natured and well known for pulling practical jokes around the tracks.
Ralph passed away May 9, 2021.