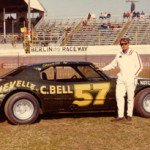 Rich Senneker, the oldest of the racing Senneker Brothers, was born July 5, 1940 in Ellsworth, MI, and he lived in Michigan his entire life. His interest in racing began at an early age, as he would put an engine on nearly anything to see how fast he could make it run. At 14, he was chased down by police with an unlicensed motorbike and asked if he knew how fast he was going. Rich replied, “Yup, wide open”.
Rich began his racing career at the Grand Rapids Speedrome in 1960 with a modest single win. 1961 through 1962 saw Rich pick up 6 feature wins at the Speedrome and a track record. In 1963, Rich began racing more tracks and spread out to include Berlin and Kalamazoo with several wins. 1964 witnessed Rich winning the Berlin Sportsman Point Championship, which included 8 feature wins, most fast times, a track record, and the Tri-State Championship on June 27th. Rich finished in the top-five points at the Speedrome that year as well. 1965 was another banner year, as Rich won the Spring; Mid-Season, and year-end Berlin Point Championships in Sportsman Modified. 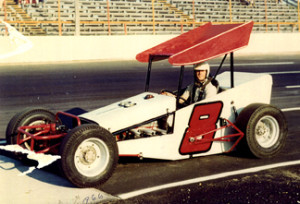 On Labor Day of that year, he timed in the fastest of all entries, regardless of class! In 1966, he won the Memorial Carter-Nelson race at Hartford. A feature win was garnered at Berlin in 1967.
In 1968, Rich beat up on track records at a steady rate with two at Kalamazoo, and three times at Berlin, twice in one night. He also had three feature wins at Berlin, as well as the Marc Times Invitational. Additionally, Rich won the Dick Carter Memorial race at Berlin and finished 5th in points, and set the track record at Auburn. 1969 saw Rich win a total of 13 features and several pursuit and dash races at the following tracks: Berlin (8), Jackson, Auburn, Hartford, and South Bend, IN. For good measure, he thought it would be a good plan to also break the track record at everyone of those tracks as well, doing it three times at Auburn, five times at Berlin, once at Jackson, and once at South Bend!!
Rich would also take the Midwest Season Championship win at Kalamazoo that year, as well as the Berlin Late Model Point Championship and a 7th place finish at Heidelberg, PA in a 200-lap race. 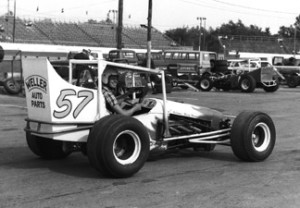 In 1970, Rich drove a car for Baab Ford of Reed City, MI. The 1971 season had Rich winning two features at Hartford, as well as the season opener. He won features at both Jackson and Berlin, and finished 6th in points at Berlin. In 1972, Rich concluded the season with a 2nd place points finish at Berlin. Rich Senneker’s partners over the years included: Jim Vanderlaan, Howard Mersman, Art Houck, Jack Beduhn, Bill Westveer, George Petrolini, Doug Cutler, Baab Brothers, and J.D. Dantuma. Rich was married to Karen, and their children are Vicki, Richard, and Steven.
On June 1st, 1973 at Owosso Speedway, Rich Senneker was fatally injured in a last lap crash.  (1940 - 1973)