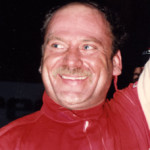 For years John has put in a full day building race cars at Port City Racing, then works on two cars to prepare for two nights of racing a week. He has raced more than sixty times a year and as many as six times a week.

He has 16 track championship titles over the years and has held 14 track records. 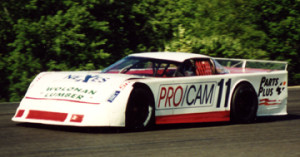 John also competes in other racing sports such as motocross, ice bike racing, and snowmobile drags. Since 1972 he has won many titles in these sports.

In 2002 he was honored to receive the Henry P. Fitzwater driver of the year award presented to him by Michigan Racing Scene at the Michigan Auto Racing Fan Club awards banquet.

As stated by Cindy Grega, he lives his dreams and puts in 110 percent into his racing.