We have 50 guests and no members online 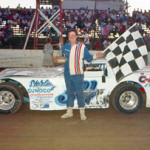 Some individuals know from the moment they first sit in a race car that driving is their destiny, or at least what they desire most; for Frank Seder this was NOT the case. As a matter of fact, when the young farm boy from Alger, Michigan first sat in a car at a “Kids Night” event at American Legion Speedway (West Branch, Michigan); the first thing he said was, “Who would want to race a car?!! It’s way too hot in there”. Thankfully, by 1977 Franks childhood impression had changed, and he has been putting a smile on the faces of Michigan race fans ever since. Over the past 30-years Frank has amassed over 100 feature victories earning him the nickname of the “Flyin’ Farmer”.
In addition to wins, Frank has also become one of the most highly respected dirt Late Model drivers in Michigan history. This 2007 Michigan Auto Racing Fan Club (MARFC) driver of the year has an impressive list of racing stats including: 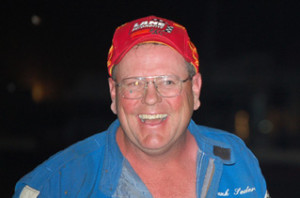