We have 242 guests and no members online 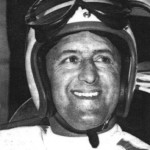 Eddie Sachs II was born on May 28, 1927 in Allentown, Pennsylvania. He began his racing career in 1949 and quickly made it to the top.
Sachs was very versatile as he won twenty-four USAC races, including eight championship races, ten sprint car features, two late model events and four midget races in his career.
He started his first Indianapolis 500 in 1957 from the front row. In 1960, he placed the Dean Vans Lines roadster on the pole at Indianapolis. 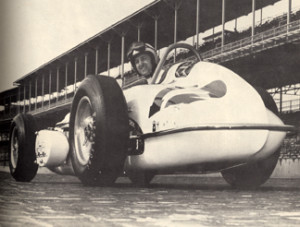 Starting from the pole again in 1961, he was leading the race with three laps to go, but had to duck into the pits to replace a worn tire, which allowed A.J. Foyt to zip past and on to the win. Sachs finished second.
Sachs moved to Fraser, Michigan and became a Vice President at American Red Ball Van Lines.
But a win in the Indianapolis 500 eluded him as he was fatally injured in a fiery crash on the front straightaway on May 30th, 1964 at the Indianapolis Motor Speedway.
He was survived by his wife Nanc and son Eddie III    (1927 - 1964)