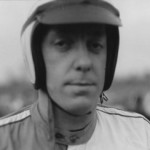 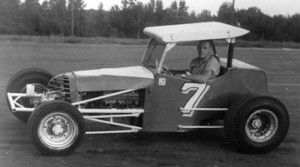 Some of Nolan Johncock's achievements were winning the 1959 Grand Rapids Speedrome season championship race in #84. Driving for Max Dowker in his #7, Nolan set the Kalamazoo Speedway track record at 14.08 in 1960. On July 31, 1960 Johncock won the Kalamazoo Speedway feature, fast car dash and set fast time in qualifying. 1961 found Nolan wining 40 feature races along with the Tri-State championship.
1962 found Nolan behind the wheel of sprint car #21. The following year he won the midseason championship at Hartford Speedway. Continuing to escalate his winning ways, Johncock won the Oswego Speedway supermodified classic race in 1964. 1966 found him competing in the USAC sprint cars in the Casey Newberry Special. In 1968 Johncock won the 300 lap supermodified championship race at Nashville Motor Speedway. Driving for the Varney Brothers, Nolan ran the USAC sprints again in 1969. 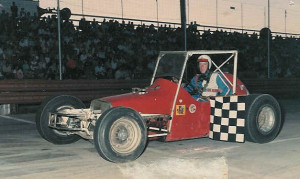 For the balance of his career, Nolan drove for Max Dowker in his beautiful red #7 to many feature wins in 1970-71. It was in the #7 that Nolan Johncock was fatally injured at Sandusky Speedway at the Sandusky International Cavalcade on October 3, 1971.