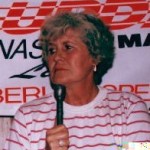 There are few people in motor sports that didn't know and love Pat Beebe as a friend, co-worker and inspiration, and at one time or another, haven't been influenced in one way or another by her. She had done it all from selling hotdogs, programs, tickets, or to answering phones and making excuses, and has helped many drivers find scoring mistakes others had made by using her unique method of scoring. She has been in the auto racing business for 50 years at her husband Dick's side, helping to start and edit the MARC Times, and was the backbone of the Dealers Choice, which is one of the biggest racing events in this area.
She held the position of secretary/treasurer of the American Racing Congress and was the secretary/ treasurer for the Michigan Speedway Promoters Association.
She has raised six children, of which three sons are very active in motor sports, as all three are starters at various local tracks. 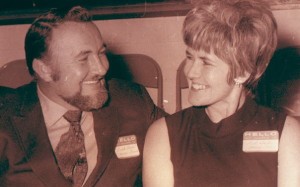 She was very much sought after for her scoring talents and could be found doing her thing at tracks every weekend throughout the racing season.
At the age of 64, Pat developed a cancerous tumor and had brain surgery but died in July of 1998.
She is one of the most deserving persons that could be inducted into the Michigan Motor Sports Hall of Fame.