We have 990 guests and no members online 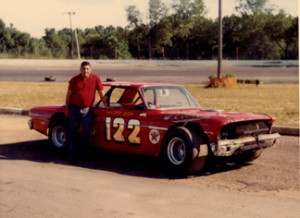 Mickey Katlin began racing at age 18. He retired in the early 70's. He was also a test driver at the Chrysler Proving Grounds. He drove late Models, supermodifieds, roadsters, super stocks, hard tops, everything but midgets, as he couldn't fit into them. Some of the owners over the years include the Okimoto Brothers (The Japs), Harry Sawallich, Strohs Brewery Team, Morgan.
He ran for various associations including the Michigan Modified Hardtop Racing Association (MMHRA); the Michigan Modified Stock Racing Association (MMSRA); NASCAR; and the Toledo All Stars. Mickey died December 7, 1990. RECORDS: 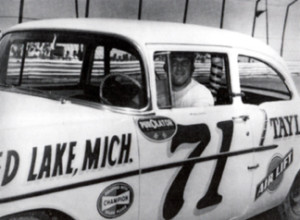