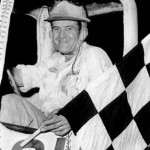 In 1968, Curt began his racing career at Butler Motor Speedway. Over the years, Curt raced with the organizations TRI-Sac, USAC, SOD, IMCA and TBARA. He also raced all over the East Coast in states such as MI, IN, OH, MN, FL, PA, IL, NY, WI, and he also raced in Canada. He played all parts in racing; he was a driver, a car owner, a mechanic, and an engine builder, though most of his work was done by himself. Besides driving for himself, Curt also drove for Art Braithwaite, Sonny McHenry, Hub Becker, Bruce Carpenter, Larry Bible, Harry Stickney, and Bobby Coats. 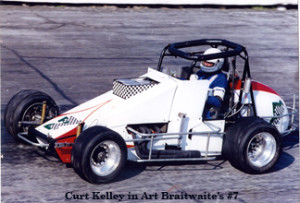 Curt’s racing career ended tragically while he was doing what he loved to do. He had taken the Braithwaite sprinter to Indiana to run in the EMGE 50 at Anderson Speedway, in order to prepare for the Little 500 the following weekend. As he was preparing for his heat race, Curt collapsed. He had suffered a heart attack that put him in a coma for 11 days. Curt passed away on May 29, 1996.

After his death, the Curt Kelley Memorial Award was created in his honor. The award is given to the driver that shows the same dedication, perseverance, and tolerance throughout the racing season that Curt showed all throughout his career.