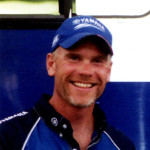 When Todd Krikke’s kindergarten teacher asked Todd what he wanted to be when he grew up Todd’s reply was, “I want to be a racer.” Todd started racing motorcycles at age 10 and picked up his first checkered flag on a Honda XR75. At age 14 Todd started racing on his Honda 250R. During the winter season Todd watched his brother Gregg and cousin Randy race snowmobiles. It was at this point in Todd’s life that he decided he wanted to become a snowmobile racer.
The race Todd wanted to win the most was the SOO I-500, which is considered the Daytona 500 of snowmobile racing. Todd made an oval track in the field behind the barn and would run lap after lap on the oval with the family Scorpion snowmobile, practicing for non-sanctioned racing as he was too young to enter racing on a professional level. 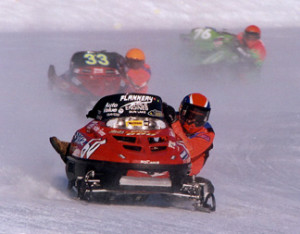 In 1984 Todd pulled his brother’s 1976 Mercury Sno Twister out of the barn and made it race ready and started competing in the M.I.R.A. (Midwest International Racing Association) Series. This was the beginning of many late nights working in a 12 x 24 barn.
The thrill of competition and speed is why Todd started racing. The challenge of building a great handling sled and being #1 on race day is what made Todd one of the most successful drivers in snowmobile racing. The win Todd will always remember was the SOO I-500 for the first time. 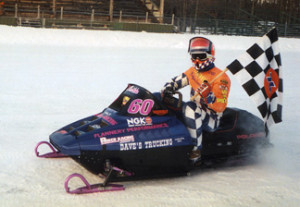