We have 548 guests and no members online 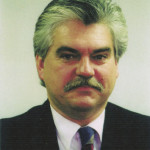 Gary Lindahl is best known for his column in the MARC Times “Did Ya Know” since 1975, and as an announcer since 1979, presently announcing at Flat Rock and Toledo Speedway. His love of auto racing started in 1956 at the age of four when his parents took him to the Jackson Motor Speedway and Toledo Raceway Park. These weekly trips continued through his teenage years. The memories of these trips and the cars and stars of this era remain with him today. Gary is short track historian of Michigan and Ohio tracks and serves as Master of Ceremonies at many Old Timer reunions and banquets, for which he accepts no fee for his services.
Gary’s knowledge and enthusiasm as an announcer adds much to each racing show. When Gary is announcing a race, you can’t help but get excited and enjoy your evening of racing. Well liked by drivers, owners and fans. Gary is truly deserving to be inducted into the Hall of Fame he helped establish many years ago.
AUTO RACING HISTORY 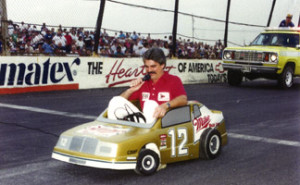 Considered one of the best sources of racing history in the Midwest, with nearly a complete collection of Marc Times Racing News, has well over 1,500 photos of cars and stars of past eras, plus hundreds of programs and magazines, dedicated to preserving racing history.