We have 228 guests and no members online 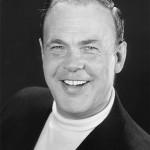 Gordon ( Bud ) Lindemann was born August 22, 1925 in Chicago, Illinois. He graduated from high school and joined the Coast Guard during World War II stationed on the Eastwind in the North Atlantic. While in the service, he met his wife Kay and they were married February 9, 1945. He began his radio career in Boston following the war and then moved to Grand Rapids in 1946.
Big Bud became active involved in motor sports in the mid-fifties as an announcer at the now-defunct Grand Rapids Speedrome. He also worked at Berlin Raceway and Kalamazoo Speedway until the mid-sixties.
In 1964 he began a television program called Autoscope featuring local races as well as some national events while working for WZZM-TV. The show was a success and in 1967 he expanded by forming his own production company, Car & Track Productions, and began to produce the first nationally syndicated television show strictly devoted to motor sports. Titled, "Car & Track", the show was syndicated to over 160 stations across America. He continued to produce the series through 1975 having covered over 250 racing events. 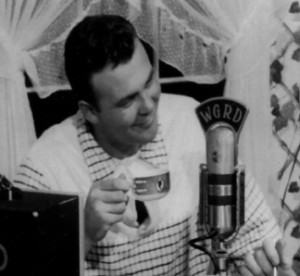