We have 661 guests and no members online 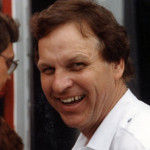 Joe started his racing career at the age of 13. He began racing karts at Flat Rock Speedway with the Thunderbird Club. In the early 1960’s, he ran frequently at the East Lansing Kart Track. As his family had motorcycle/kart sales in Dearborn and sold Rupp products, Joe soon became a factory rider for Rupp Manufacturing in karts and snowmobiles. This gave him an opportunity to race in places such as Texas, Nevada, Arizona, Indiana, Ohio, and the Bahamas. As a karter, Joe won the Michigan State Championship that was held at Watervliet, Michigan. In 1963 at Riverside, California Joe had his first ride in a stock car and finished 10th. In 1964 he drove a ‘57 Chevy built by Bill Hill, winning numerous races for this team. He later drove for builders such as Stan Yee, Dearborn Steel Tubing, John Scant, and the team of Joy Fair/Bob Gillian. 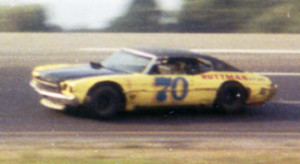 Eventually, Joe started building and driving his own cars. His stock car career took him all over the United States, as well as Canada and Australia. Joe moved from Michigan to California in 1975. In 1978 he joined USAC and was crowned Rookie of the Year. He became the 1980 USAC Champion, winning eight races along the way. 1981 found Joe joining NASCAR and driving for the Jim Stacy team. He competed in 17 races. Joe drove for bath the Stacy team and Bob Rahilly/Butch Mack (Ramock) team in 1982. He had seven top-ten finishes, including a second place at Riverside and third place in the Daytona 500. Also in 1982, Joe moved to North Carolina to be closer to the NASCAR tracks. In 1983 and 1984, Joe drove for the Benfield team. He finished in the top ten 14 times, including fourth in the Daytona 500, and claimed three Busch poles. During 1985 Joe drove for the Morgan-McClure team, competing in 16 races, finishing sixth at Rockingham and fifth in the Coca Cola 500 at Charlotte.
Joe raced five full seasons in the NASCAR Cup Series (1982, 1983, 1984, 1986, 1991).  His best finish in the points was a 12th in 1983. He also ran occasionally in the Nationwide Series. He jumped to NASCAR Craftsmen Truck Series when it debuted in 1996.  Where he was successful winning 13 races before he retired in 2007. Joe has over 270 career wins to his credit on more than 125 different tracks. Since 1986 will find him on the newly formed Kenny Bernstein/Bobby Hawkins team, sponsored by Quaker State Motor Oil, look for him to add a few more wins to his already impressive career.  Joe enjoys retirement, and currently lives in Florida Some of his major wins during his short track career are: