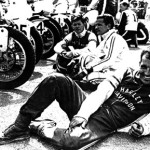 Bart Markel was one of American Motorcycle Association's first superstars. The Flint, Michigan motorcycle racer was a two time AMA champion in the late 1950's.
He held the record of 28 National wins for a number of years. It was over twenty years before fellow Michigan resident Jay Springsteen finally broke it.
Bart died at the age of 71 on February 3, 2007.  (1935 - 2007) 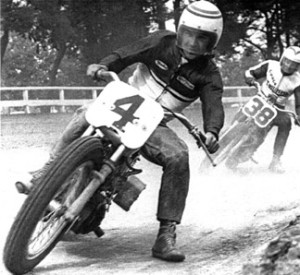