We have 202 guests and no members online

Charlie Rhodes is one of Michigan’s best-known auto racing mechanics. He has been the chief mechanic for many teams since 1953 until his retirement from racing in 1983.
He started his career with Lloyd Hicks in 1953. In 1955 and 1956 Charlie owned a car driven by Al Weaver.
Charlie was with Roy Austin in 1958 when Chuck Neal won the Butler point championship. 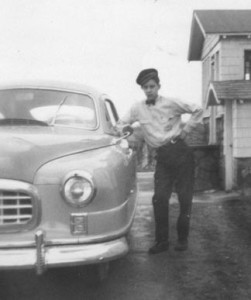