We have 60 guests and no members online 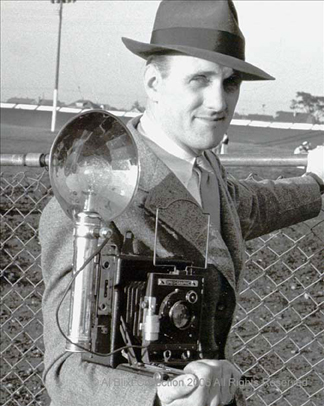 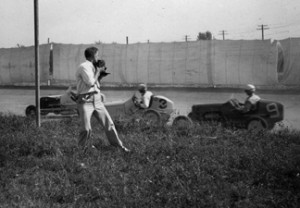 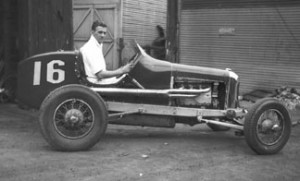 1946-51 Key member of the management team that saw Motor City Speedway draw up to 225,000 fans per year to see midget stars such as Sam Hanks, Duke Nalon, Duane Carter, Al Bonnell, Carl Forberg, Art Hartsfeld, Ralph Pratt, Neal Carter and Iggy Katona. Also covered a new generation of drivers like Jack Goodwin and Rollie Beale was now competing with old-times like Al Miller and Paul Russo.
1949-50 Served as AAA Steward for 100 Mile National Championship races at Michigan State Fair Grounds.
1952 Retired from racing at the end of 1951 and died ten years later at the age of 56. His legacy lives in the scrapbooks of hundreds of drivers and race fans of his era and in the many books written since about the period by race historians like Jack Fox and Buzz Rose.  (1905 - 1961)