We have 964 guests and no members online 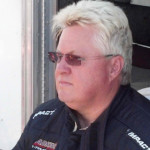 Ricky D. Adkins of Milan, MI is a past three-time IHRA World Champion, with two championships in the Top Dragster Category (2001 & 2002), and a championship in the IHRA Pro ET Category in 1981. Ricky, born in 1958, is also a highly regarded complete race car/chassis builder, not only for his own cars, but for many high profile customers, including some that have won Best Engineered at given NHRA & IHRA events.
Over the years, Ricky has competed in the Top Dragster, Top Sportsman, Super Comp, Super Gas categories, and has competed in a number of big money bracket events.
A quick listing of those high profile bracket events include:
1989 Las Pro Nationals, Puerto Rico International Speedway (Puerto Rico vs. USA)
1995 Super Star Challenge at Stanton, MI (won $50,000)
2005 IHRA Ironman Classic at Carolina Dragway
2006 IHRA Ironman Classic at Milan, MI
2007 Runner-up in the Million Dollar-to-Win Bracket Race (won $67,000)
2009 NHRA VP Race Fuels Top Sportsman Shootout at Ohio Valley Dragway 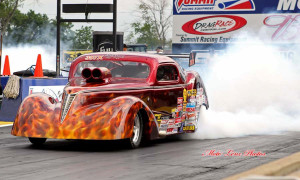 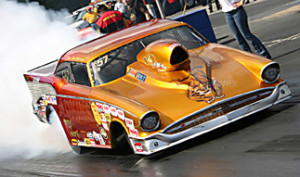 His number of individual point race wins, and national event runner-ups in both IHRA and NHRA are too numerous to list in this document. Ricky Adkins has already done most of what any racer would hope to do in a full career, but as of the 2014 writing of this bio, he is far from finished with 37 years of drag racing already completed.